Why Is Coffee Called Joe? Find Out Here! 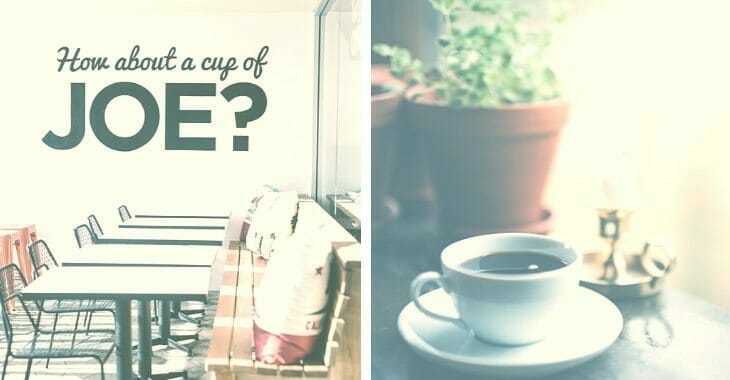 Ahhh, there is nothing like sticking the kettle on and pouring yourself a hot ‘cup of Joe’ on a cold winter’s morning. But have you ever stopped to wonder how coffee earned the nickname ‘a cup of Joe’ and how the name has stuck?

There is no clear set origin story behind the nickname of such a beloved drink that has any solid evidence of actually being true. However, that does not stop the stories behind a ‘cup of Joe’ being entertaining and interesting.

In 1914, near the end of World War 1, the US instituted a ban on alcohol on US Navy Ships which angered the sailors, as alcohol was their main form of entertainment when on long expeditions. The ban was drafted and carried out by Josephus ‘Joe’ Daniels, the then Secretary of the Navy, and so most of the sailor’s anger was directed at him.

With alcohol banned, coffee was the strongest drink available to sailors for months at a time and was the drink that Daniels endorsed to keep morale high and keep sailors healthy. As a protest to the ban and to Daniels himself, some claim that the sarcastic sailors started calling a cup of coffee ‘a cup of Josephus’, later shortened to ‘a cup of Joe; thus the age-old nickname was created.

However, historians say that the nickname was not introduced until the 1930s with evidence of the phrase being included in writing for the first time in 1930. More so, based on historical accounts and shipment documents, alcohol was hard to come by on Navy ships way before the ban in 1914 and so there would be few if anyways for sailors to get alcohol on board anyway. Therefore, sailor’s inventing the name based on anger at Daniels seems pretty unlikely as they would have been used to having little alcohol already.

The name ‘Joe’ has long since had connotations with the everyday person or ‘average Joe’ which has been a common turn of phrase in the English lexicon since 1846. Coffee was also not considered to be a high elite beverage like tea was, being most popular amongst the blue collar working class instead.

As the years pass, linguists claim that common phrases and slang words mix together to create a new string of words with similar meaning. It is suggested that when coffee’s popularity started to rise, the ‘average Joe’ merged with ‘a cup of coffee’ to become ‘a cup of Joe’.

Based on this origin story, it would make sense that ‘a cup of Joe’ essentially means ‘an average man’s drink’ and is used as such still to this day. Although there is no solid linguistic evidence that this is how the nickname came to be, it is certainly a feasible explanation.

Are Jamoke And Joe The Same?

In recent years, different coffee combinations have been explored, bringing old alternative nicknames like ‘mocha’ or ‘java’ back into the mainstream lexicon. Much like ‘a cup of Joe’ these alternative names for the popular beverage have been around since the 1930’s with slang combining ‘mocha’ and ‘java’ to reach ‘jamoke’.

With slang words constantly changing and evolving to fit new generations and new regions, it is believed that ‘jamoke’ was shortened along the way to ‘Joe,’ providing the well-known nickname.

The chances are that in the coming years, a new nickname for coffee will emerge that will riff off of ‘a cup of Joe’ and people will start questioning the reasoning behind that new name. But for now, you can rest easy with your steaming ‘cup of Joe’ knowing that no one really knows the true origins of the popular name.

Nowadays, making those cups of Joe level taste is not possible, but some coffee maker manufacturer’s coffee is neither the least, such as BUNN. BUNN coffee makers are famous for their tasteful and traditional coffee taste. Moreover, we have also written an article about the best BUNN coffee maker models in 2022.